The London Borough of Bexley (/ˈbɛksli/ (

listen)) is a London borough in south-east London, forming part of Outer London. It has a population of 248,287. The main settlements are Sidcup, Erith, Bexleyheath, Crayford, Welling and Old Bexley. The London Borough of Bexley is within the Thames Gateway, an area designated as a national priority for urban regeneration. The local authority is Bexley London Borough Council.

Prior to the 19th century the area now forming the borough was sparsely populated: very few of the present settlements were mentioned in the Domesday Book, although the village of Bexley has a charter dated 814 AD.[2] Erith was a port on the River Thames until the 17th century; the opening of the sewage works at nearby Crossness in the late 19th century turned it into an industrial town.

Today's settlement pattern is the result of the gradual extension of the London influence. Until the 19th century it was an area with a few isolated buildings such as the Georgian Danson House. With the coming of the railways building began apace, although the area is still composed of many disconnected settlements, interspersed with area of open ground and parks.

The London Borough of Bexley was formed in 1965, under the London Government Act 1963, from the Municipal Boroughs of Bexley and Erith; Crayford Urban District; and part of Chislehurst and Sidcup Urban District. The council initially held meetings at Erith Town Hall before building new purpose-built Civic Offices on the south side of the Broadway, Bexleyheath in 1980.[3] It established new Civic Offices at the former headquarters of The Woolwich in 2014.[4]

The council now styles itself the "London Borough of Bexley" in line with its formal name, although it previously styled itself "Bexley London Borough" until 1999 (possibly to maintain the link with its predecessor, Bexley Municipal Borough), and "Bexley Council" from 1999 to October 2007, when it reverted to its full formal name in conjunction with the adoption of a new Council logo bearing this name alongside the 1965 Coat of Arms.[5]

The coat of arms of the borough depicts symbols for the main rivers in the area, the industry and the Kent boundary.

The administrative headquarters of the borough is at Bexleyheath.

There are 17 wards represented on Bexley Council; each ward elects two or three councillors, 45 in all.[6] The wards are shown on the accompanying map. Bexley, lying as it does on the outer fringe of London, has many relatively large areas of open space. The ridge of higher ground in South London crosses the Borough from its high point of Shooters Hill, on the boundary with the Royal Borough of Greenwich, to end above the River Thames at Belvedere, where the land drops down to the old port of Erith. This high land, whose geology is the sand and pebbles of the Blackheath beds,[7] and which results in heathland, provided the line on the old Roman road (Watling Street) ran between Crayford and Welling. The land falls away to the north of the high ground, across the Erith Marshes to the River Thames, which here makes a loop to the north at Crossness. There is further ridge of less higher ground from the west terminating at Sidcup.[2]

Apart from the River Thames the other rivers within the Borough are the River Darent, which, with its tributary the River Cray and the smaller Stanham River, all form part of its north-eastern boundary; and the River Shuttle, a tributary of the Cray.

The major centres of settlement can be considered in two parts: the older established erstwhile villages; and the infill areas of suburban houses and centres.[8] Among the former are Erith, in the 17th century a port on the Thames, and an industrial town in the later 19th century; Bexleyheath, created at the same time on the London to Dover road. By the earlier 20th century, both were created Urban District Councils (UDC), as was Foots Cray (an ancient village site). Thamesmead, the "new town" built on what was the Erith Marshes, extends into the Borough: both Thamesmead North and South are located here. Crayford was mentioned in the Domesday Book, and its parish later included the hamlets of North End and Slade Green.

Other settlements include Welling, which has a higher population than Bexleyheath, a staging post on the Dover Road, which was at one time of less importance than the nearby East Wickham (also an ancient village), was absorbed in Bexley UDC. Barnes Cray and North Cray were two hamlets in the Cray Valley; and Belvedere was the location of a medieval monastery.

The map of Bexley[9] shows that a large proportion of its area comprises suburbia. Some named places, like Albany Park and Barnehurst, are names given to developments engendered by the building of the railways. Some came into being when large estates and farmland were broken up for the sole purpose of suburban building: these include Blackfen, Lamorbey and part of Falconwood. Others simply reflect the nature of area: Lessness Heath; Longlands (part of Sidcup); Northumberland Heath and West Heath.

Despite the suburbia mentioned above, there are still open spaces among the borough's streets and avenues. The Borough owns and maintains over one hundred parks and open spaces, large and small; and there is still a part of the Erith Marshes bordering the River Thames. The Crayford Marshes lie to the east of that river, as do Foots Cray Meadows further south.

The largest of the open spaces are Foots Cray Meadows, Lesnes Abbey Woods, Danson Park and Hall Place Gardens. There are also many golf courses and sports fields, particularly to the west of Crayford.

Hall Place is a former stately home, today a Grade I listed building and Scheduled Ancient Monument, beside the River Cray on the outskirts of Crayford, south-east of Bexleyheath and north-east of Old Bexley. It is situated just off the A223, Bourne Road, south of Watling Street (A207) and north of the Black Prince interchange of the A2 Rochester Way with the A220.

The house dates back to around 1540 when wealthy merchant Sir John Champneys, Lord Mayor of London in 1534, built himself a country house. In 1649, the house was sold to another wealthy City merchant, Sir Robert Austen (1587–1666), who added a second wing built of red bricks, doubling the size of the house.

Currently, the building houses a museum of local artefacts, and a history and tourist information centre. In the gardens there is a topiary lawn, herb garden, tropical garden and long herbaceous cottage garden-styled borders. The former walled gardens include a tropical house housing plants and a large vegetable garden. Model gardens have been created to show visitors how to make use of space in small urban gardens. Hall Place also has three galleries inside the house, presenting art exhibitions and museum displays.

In 1801, the civil parishes that form the modern borough had a total population of 4,165. This rose slowly throughout the 19th century, as the district became built up; reaching 10,963 in the middle of the century. When the railways arrived the rate of population growth increased. The population peaked in the 1970s, when industry began to relocate from London.

The greater part of the population are nominal Anglicans, but there are a number of Roman Catholic churches and nonconformist congregations. In the 2001 Census, 22.7% of the area's population described themselves as non-religious or chose not to state their faith.[11]

Baptists, Plymouth Brethren, and Methodists are among the other congregations. In 2008 the former Crayford Methodist Church was purchased by the North West Kent Muslim Association to become a mosque serving Bexley and Dartford boroughs.

In 2011, 62.5% of the borough's population identified themselves as Christian, with 24.1% having no religion. Both figures are above London's average.[13]

The following table shows the ethnic group of respondents in the 2001 and 2011 census in Bexley.

The principal roads through the Borough include the A2 trunk road; the A20 (Sidcup By-pass) which generally marks its southern boundary; the A207, which is the route of the erstwhile Watling Street; the A206 which takes traffic from Woolwich and Dartford; and the latter's newer counterpart, the A2016 through Thamesmead.

There are also some long-distance footpaths in the Borough: among them the Thames Path and the London Outer Orbital Path. Bexley Borough has joined with three other adjoining boroughs to for the South East London Green Chain linking green spaces.

There are three suburban railway lines crossing the Borough which converge at Dartford. The most northerly is the North Kent Line, then the Bexleyheath Line which runs through the centre of the borough and then finally the Dartford Loop Line which runs furthest south. In common with the Royal Borough of Kingston upon Thames, Bexley is served by no London Underground lines or any other TFL transport networks such as Tramlink, the Docklands Light Railway or London Overground. However, Crossrail services will serve nearby Abbey Wood station in the future and there are various proposals to extend either the DLR or London Overground to Thamesmead. There are currently no proposals to extend the London Underground to the borough, with the nearest current station being in North Greenwich.

The London Borough of Bexley has three fire stations controlled by the London Fire Brigade within its boundary: those at Erith, Sidcup and Bexley. Bexley fire station's ground is the largest of the three; covering 23.7 km2.[26]

The town of Bexley, Ohio, a suburb of the state capital, Columbus, was named at the suggestion of an early resident, James Kilbourne, whose family's roots were in Bexley, England.[27] In addition, a suburb of Sydney, Australia bears the name of Bexley and a suburb of Christchurch, New Zealand is also called Bexley. These places outside England are named after the ancient village of Bexley. 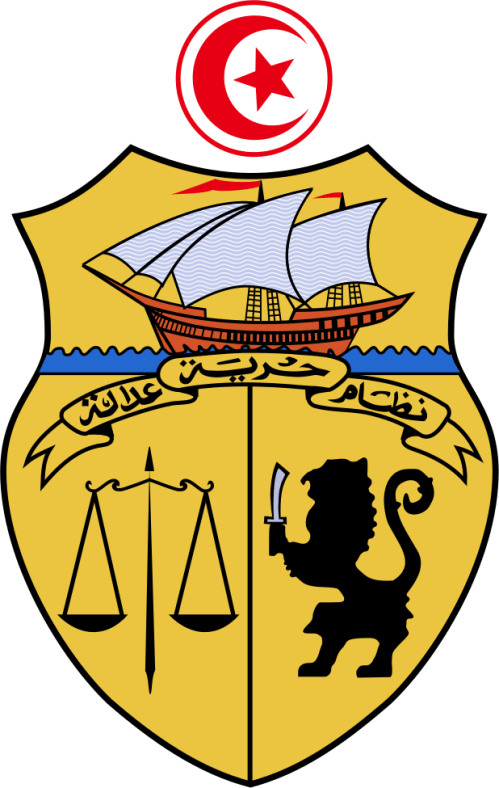